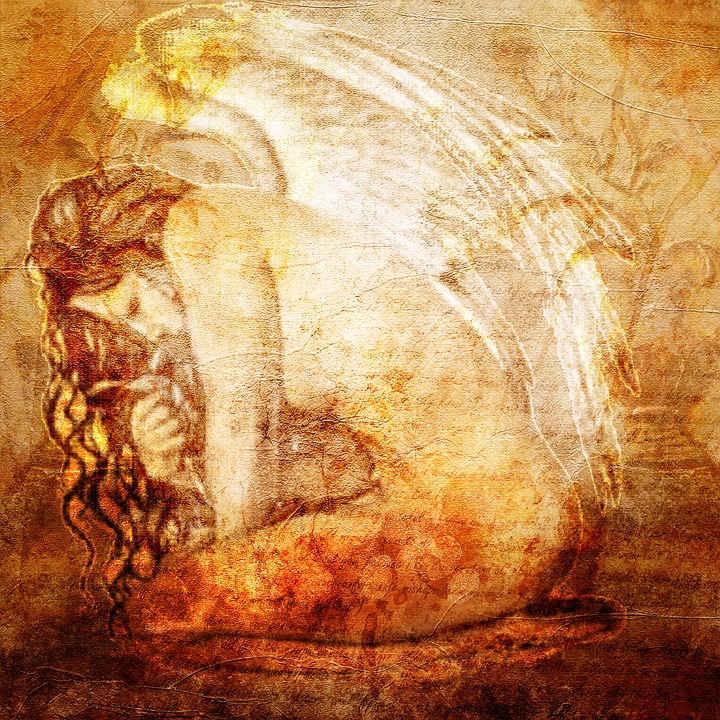 ~Jesus, from the Gospel according to Thomas, The Gnostic Books

Trauma.  A heavy word denoting danger, irrepressible horror, mistrust, fear.  According the Merriam Webster definition of trauma: “A disordered psychic or behavioral state resulting from severe mental or emotional stress or physical injury.” Experiencing trauma is inevitable, however, remaining entrenched and shackled as a life sentence is not. Trauma sits on a continuum of experiences: developing an extreme fear of bees from a welting sting at age four, to a terrible car accident, leaving a broken collarbone. It shows up as living with an alcoholic parent for fifteen years, to horrific acts of sexual abuse. It’s the seasonal time depression sets in, as it triggers the imprint of the spouse who left, or a parent leaving the home to never return. It’s the time in fifth grade you forgot your lines in the school play, in front of the entire school. Today it’s comical, back then, humiliating. And it’s still trapped in your body.

Facing trauma head-on is one of the most courageous acts a person may do for themselves; to go within the mind, body and spirit to release the ugly truths, which lie within. Trauma paralyzes the individual if allowed to persist, and contributes to far greater imbalances within the body, mind and energy field. “Traumatic symptoms are not caused by the ‘triggering’ event itself. They stem from the frozen residue of energy that has not been resolved and discharged; this residue remains trapped in the nervous system where it can wreak havoc on our bodies and spirits.” (Levine, Peter A., 1997, Chapter 1, page 19).

When trauma occurs, the body stores up energy and connects that traumatic experience, biologically and physically in the body, however, it also imprints the particular situation, within the brain as a stored memory. Realizing a connection exists, is often overlooked or unnoticed, as it is typical to become unconscious or dissociate. The body innately strives to find homeostasis and is continuously searching for a portal to release the trauma. Unreleased trauma becomes imprisoned within the nervous system, thereby impacting the entire body, mind and spiritual self.

A herd of deer out in the clearing, mindfully grazing on tall grasses, until the first snap of a stick alerts the animal of possible danger. What is happening in the nervous system is identical to what happens to humans who are continuously “on guard” or alert. The Fear Paralysis or Fight or Flight response replays as a continuous circuit loop; in the amygdala, where it cannot distinguish between a real or perceived threat. This constant stream of stress hormones floating around in the body, chips away at the entire body system. At some point, the organs require shields to defend themselves against the attack on the body. When the threshold becomes high enough, the individual has little conscious awareness the body is even functioning at this heightened state of deficiency.

In my observations of working with traumatized kids and adolescents, I find they all manifest trauma in various ways and with varying degrees. Sometimes they come in as overly affectionate, lacking boundaries. Others seek out continuous movement and impaling the body to feel its effects; sensory-seeking behaviors. With one particular child, I sat in the middle of the gym on a swing, while the child walked around the peripheral part of the space, eyes fixated on me, watching every move I made, keeping a safe distance -- "tracking" me, as the trust level had not yet been established. As a therapist, it saddened me to watch these fragile little souls, carrying the load, triple the weight of the body.

From my own personal experiences, trauma had affected me in numerous ways. I lost an adrenal gland, enlarged to the size of a tangerine, to a long-term unresolved trauma. Over time and the arches of my feet became highly pronounced from years of being “the deer” on alert. As a child, I was withdrawn, shy, sensory defensive, uncoordinated and absolutely terrible at sports. Trauma impacts the body’s ability to adequately and efficiently, interpret sensory input which may also impacts coordinated body movements.  I continued to attract life experiences which only served to repeat the trauma(s) in ingenious disguises. At some point, the failed attempts at weaving my life together in a way which made sense to only me, could no longer be sustained, as there is always a price to pay. I eventually fell down the proverbial black hole and by the grace of God and the “right people” falling onto my path, was I able to slowly, painstakingly put the jagged pieces of my shattered puzzle-life back into a radically changed whole. And it wasn’t graceful, but sometimes there is no other choice, but to surrender to the fall, trusting I would be caught.

Releasing trauma intersects at the body and through the soul. It’s nearly impossible to work through any sort of trauma without experiencing a soul-fused energetic catharsis. “Soul work is not a high road. It’s a deep fall into an unforgiving darkness that won’t let you go until you find the song that sings you home.” (McCall Erickson). Those who refuse or cannot work through the trauma will only find themselves attracting similar situations which will continuously come blaring through, as the morning bugle, until the wake-up call is answered. The universe has an in-your-face way of continuously highlighting where we need to put our tender love and care.

Sometimes trauma is so appalling, the mind cannot consciously access the memory, is put “safely on a shelf” where it cannot interfere with growing up (so you think) or morphing into adulthood. Our incredibly brilliant bodies, however, still carry the imprint and is impacting the body on many other levels and will spill into the personal life. “You can accept or reject the way you are treated by other people, but until you heal the wounds of your past, you will continue to bleed. You can bandage the bleeding with food, with alcohol, with drugs, with work, with cigarettes, with sex, but eventually, it will all ooze through and stain your life. You must find the strength to open the wounds, stick your hands inside, pull out the core of the pain that is holding you in your past, the memories, and make peace with them.”
― Iyanla Vanzant, Yesterday I cried

Begin with a question and listen for the answer. It is always present, waiting for the opportunity to rear its often, ugly head. Explore and identify your physical stressors, emotional state, addictions, behaviors, and interactions with others. This requires the ability to step outside of yourself and perceive from a higher state of consciousness. Trauma work is by no means an uncomplicated path, however, it is necessary to unearth the freedom that is your birthright. Envision and feel into yourself as to what this new found freedom is. What would you do with your life or become, if you could recover that lost, shining, inner child or the person you were before the trauma. The answer may not be easily obtainable, as an alternative way is not illuminated, until the demon(s) is/are adequately addressed and released. With every layer that is lifted, new insights and potentials begin to emerge, giving you glimpses of the new life that awaits you.

Trauma has the potential to serve as a significant catalyst for psychological, physical, emotional and spiritual awakening; to transform and release the demons, with the appropriate guidance and support. It may serve to connect you to the Divine, to discover long-forgotten creativity and joy, the pursuit of new hobbies and activities, heal physical ailments, find the love of your life, and to put you on the “right path” to fulfilling your life purpose. Releasing trauma allows the survivor to aspire to their highest potential and greatest good if so chosen, and serves to benefit all of humanity — another earth angel.

© 2017 by Jodi Lawyer, M.A., OTR/L. Helix Healing Path. All rights reserved. You may quote, copy, translate and link to this article in its entirety, on free, non-donation based websites only, as long as you include the author name and a working link back to this website. All other uses are strictly prohibited.

2 thoughts on “Release the Demons, the Earth Angel Emerges”